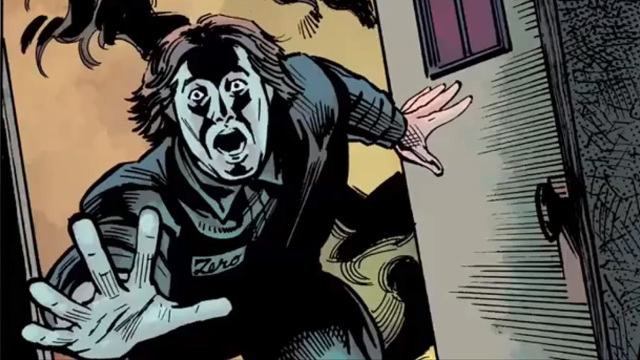 Stone Sour have released a video for their track “The House Of Gold & Bones”.

The song features on their 2013 two-part album of the same name, and the artwork used in the video is taken from the three-issue comic series written by frontman Corey Taylor, based on the themes of the double-album set.

Stone Sour parted ways with guitarist Jim Root earlier this year, but Root continues to work with Taylor on the much anticipated sixth album from Slipknot. Slipknot’s website and Facebook page rumbled in to action again recently, dropping hints via video clips and messages about what their new album is going to be like.

Root, who was a member of both Stone Sour and Slipknot along with Corey Taylor, let the news be known via his Instagram account. When asked by a fan whether a rumour was true that he wouldn’t be playing three summer shows with Stone Sour, Root’s reply was: “I’m not in that band anymore. Not my decision. Not happy about it.”

Following the Instagram exchange, Corey Taylor then posted a message on his Twitter account reading: “As some of you might have heard by now, Stone Sour and Jim Root have indeed parted ways. We were trying to wait until the completion of the SK album, but in light of recent events, we are going to confirm this information and then move on. We feel it’s best for both bands and hope that this is reflected in the days to come. We will give you more information when the time comes.”

Root and Taylor are still working together on the new Slipknot album. You can read a statement about the split on Stone Sour’s official Facebook page.