Here are the new and notable music releases for this week, 9th March 2015: 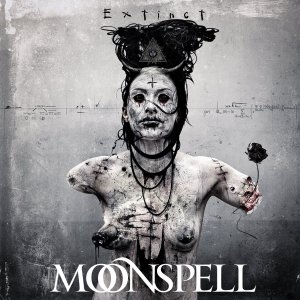 All of the above and many more are available now via the Skin Back Alley Music Store.

Their 17th studio album currently sits at No.12 in the chart, their third best placing of their entire career. Only their 1980 classic album British Steel and it’s follow up Screaming For Vengeance have placed higher.

Speculation was rife that Priest might split up following departure of guitarist KK Downing in 2011, but speaking in interview on Nikki Sixx’s Sixx Sense radio show, frontman Rob Halford said Redeemer… wouldn’t be the band’s last LP: “No. Absolutely not,” he replied when asked.

He also revealed that Redeemer Of Souls’ title track is his current favourite, explaining: “It’s very precise, articulate song and it carries all the classic vibe of Judas Priest.”

You can listen to the title track from Redeemer Of Souls below:

Judas Priest have confirmed the title of their new album and are streaming its title track online.

“Sometimes in the past we may have come under fire for being too adventurous musically – so we have listened,” he says. “From start to finish, Redeemer Of Souls is 18 songs of pure classic Priest metal.”

Frontman Rob Halford said of the album last month: ““Whenever we make an album you put your heart and soul into it. It’s not an easy thing to do 40 years later.

“But Priest has always been up for the challenge of that. It’s one of the things we love to do more than anything else. This is a great time – 40th anniversary, a brand new record. Life couldn’t be better.”

Judas Priest started work on the follow-up to 2008’s Nostradamus after the departure of guiatrist KK Downing in 2011. Former Lauren Harris axeman Richie Faulkner replaced him.

It is not thought that the band will undertake any large scale tour following the release, as the band said that the Epitaph Trek, an extensive tour that finished in 2012, would be the last of its kind.

You can listen to the title track of the album, “Redeemer Of Souls”, below: