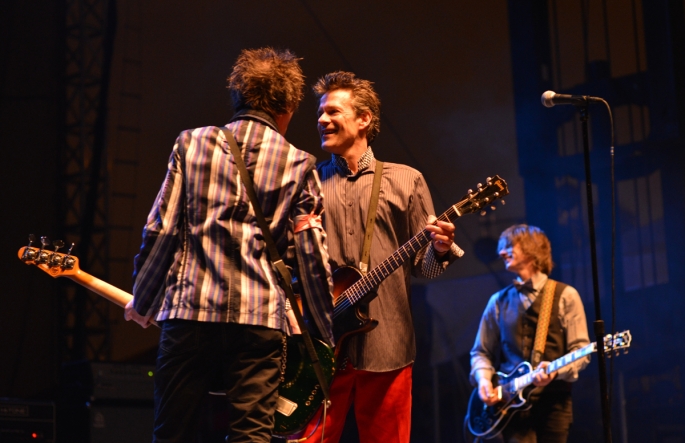 US legends The Replacements have announced their first UK gig for 24 years.

The band will play at London’s Roundhouse on the 2nd of June following two other European shows in Barcelona and Amsterdam.

Tickets for the Roundhouse gig cost £33.50 and £39.50 and will go on sale at 9am this Friday the 6th of February. You can find more details at the Roundhouse website.

The Replacements last played in the UK on the 16th April 1991 at London’s Marquee Club. The band reunited in 2012 and played new live shows in 2013. They released an unexpected new track, “Poke Me In My Cage”, late last year.

The Replacements will play:

Hot on the heels of their fourth studio album, Black Veil Brides have announced that they are to release a live DVD.

The band recorded their performance at the Wiltern Theatre in their hometown of Los Angeles on the 1st of November and will release the film in June of 2015. The filming was directed by Casey Tebo.

Speaking to Revolver, frontman Andy Biersack explained why the record is their most aggressive to date: “It’s very angry. I feel like in a lot of ways I had a lot of aggression towards the state of how we were perceived. We made Wretched And Divine so large in scale and it had a grand story. There was a certain amount of frustration when you do this thing so large and great but there were so many people who just refused to listen to the songs, like, ‘They’re a faggy makeup band.’”

“I enjoyed looking back on those feelings because I don’t really care anymore. But I wanted to re-tap into those aggressive feelings – there is a lot more angst on this record.”

Black Veil Brides also recently unveiled the official video for new single “Goodbye Agony”. You can watch the clip below: