Asia are to release a live 2 CD/DVD set this summer, recorded in the USA in 2012 before Steve Howe parted ways with the band.

Says Asia frontman John Whetton: “It’s a journey through Asia’s history, from Alpha to Omega and more, in the beautiful setting of the Regency Ballroom, San Francisco, California.

“Much newer material is aired, plus the band’s vintage hit songs, performed by all four original members of Asia. It’s an unmissable treat for any fan, new or old.”

Steve Vai has revealed that he will release a new album on the 7th of April, Stillness In Motion – Vai Live in LA.

The news comes on the back of Vai signing a new multi-album deal with with Sony Music Entertainment and Legacy Recordings.

The live show was recorded on October the 12th 2012 as part of the guitarist’s Story Of Light world tour and the album package will also feature a three and a half hour video diary recorded during the two year undertaking.

Says Vai: “To say that this tour was a powerful life experience would be like saying the sun is hot.”

Following the release, Vai is then set to launch his new studio album, described as “a significant next chapter in the musician’s growing canon.”

The full tracklisting for Stillness In Motion – Vai Live in LA is:

LA Guns will release a live album recorded in Boston in 1989 the band have revealed.

The show was recorded during the band’s popular prime and, according to eOne Records: “the sound quality is excellent and the boys are absolutely at the top of their game, ripping through supercharged versions of One More Reason, Electric Gypsy, Never Enough and more.”

The album will feature liner notes written by LA Guns frontman Phil Lewis and will be released on the 8th of December in both CD and digital formats.

The full tracklist for Boston 1989 is as follows:

King Crimson mainman Robert Fripp has revealed that the band will release a live album featuring the current Crimson lineup.

Says Fripp, making the announcement in a video clip: “We’re just completing the mix on Starless, live in Los Angeles, and this really is a hummer.”

The album is scheduled for release on the 13th of January via DGM Live. The band are said to be considering a UK tour in 2015.

You can watch Robert Fripp’s video clip below: 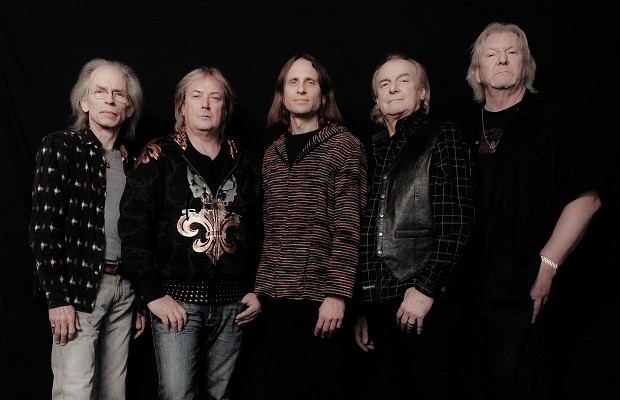 Like It Is – Yes At The Bristol Hippodrome will be released on the 5th of December in 2CD/DVD, Blu-ray and digital formats. The concert was recorded this year on the band’s world tour. Yes’ two classic albums, The Yes Album and Going For The One, were performed in their entirety using the original arrangements.

Says guitarist Steve Howe: “Playing complete albums is a great way to hear the development of Yes music and relive the familiar transitions from one track to another.”

The full tracklist for Like It Is is as follows: