The Master of Heaviosity, guitarist Mick Murphy (My Ruin, Chevy Metal, The Birds Of Satan, Teenage Time Killers) has released a new EP under his Neanderthal moniker.

Live In The UK was recorded live at Fleece & Firkin in Bristol, UK on the 21st of August, 2014 when Neanderthal played a blistering supporting set as part of My Ruin’s The Sacred Mood Tour.

The EP is available to download now for free via Neanderthal’s Bandcamp page.

Murphy has also edited and released a video for Live In The UK EP track “Murchdadhl” which you can watch below.

Be sure to check out our Neanderthal gallery, captured by My Ruin frontwoman, rapper and photographer Tairrie B. on the road in August 2014. 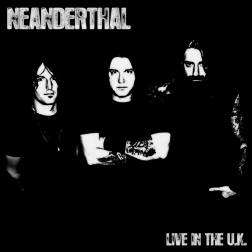