Rock n’ roll legends AC/DC have confirmed that their 17th studio album, Rock or Bust, will be released on the 1st of December.

The band have also revealed that founding guitarist Malcolm Young won’t be returning to the group.

Young left the band earlier this year as the result of an as yet unspecified illness. His nephew, Stevie, has filled in during recording sessions and will also take his place on tour during 2015.

Columbia Records said in a statement about the new album: “Rock or Bust follows the immensely successful Black Ice album, which debuted at number 1 in 31 countries upon release in 2008, and has gone on to sell nearly 8 million copies worldwide.”

“Rock or Bust finds AC/DC once again working with producer Brendan O’Brien and mixer Mike Fraser. It’s the first album in the band’s 41-year history without Malcolm Young. Unfortunately, due to the nature of Malcolm’s condition, he will not be returning to the band.”

“Stevie, nephew of founding members Angus and Malcolm, plays rhythm guitar on Rock or Bust and will accompany the band on tour.”

The first new track from the album, “Play Ball”, is to be aired on US TV channel TBS on the 27th of September.

Author Jessie Fink has said that fans should not expect to see Malcolm Young return to AC/DC.

Fink, who is writing a book about the band’s Young brothers, says that Malcolm’s health issues will see his nephew Stevie remain in the band for the foreseeable future.

“I’m not expecting to see Malcolm return,” he said. “The important thing is we all let Mal be and hope he can recover. We should all expect that Stevie is in the band now.”

“Fans seem to think his illness is going to go away and he’s going to be on stage when they announce their tour,” Fink continued. “If what I’ve heard from numerous sources is true, I expect Stevie will be touring with the band, and not Malcolm. That’s not a seditious viewpoint – it’s realistic.”

AC/DC frontman Brian Johnson recently confirmed that work on the band’s new album is complete, and that they expect to be back out on tour before the year is out. So far all members of AC/DC and their team have remained tight lipped about Malcolm Young’s condition, refusing to comment on rumours that he has suffered a stroke or is battling Alzheimer’s disease.

Fink’s book The Youngs: The Brothers Who Built AC/DC is to be published in October. 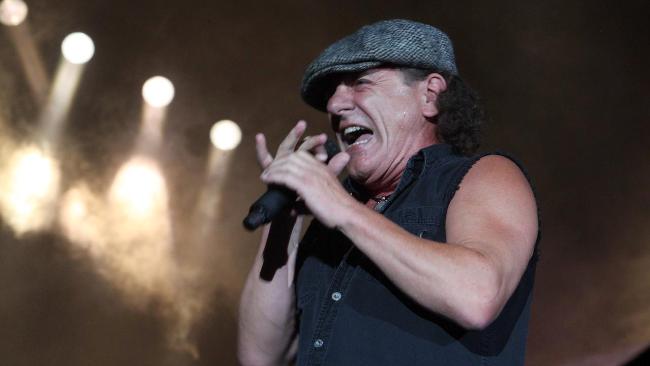 AC/DC’s Brian Johnson has said that it is likely that the rock legends will be touring this year.

The singer posted a message on his Brian Johnson Racing website saying that his “day job” in AC/DC was likely to keep him from producing any more episodes of his TV show, Cars That Rock, in the immediate future.

Johnson wrote: “We hope to bring you more shows in the near future but, of course, there is the slight distraction of my day job with AC/DC – and it looks very likely that we will be on the road again before the end of the year. So stand by for more music – and more Cars That Rock. Thanks – Brian”.

Following rumours of the band’s imminent retirement, it was reported in April that founding group member Malcolm Young would step down from the band owing to ill health.

“After 40 years of life dedicated to AC/DC, guitarist and founding member Malcolm Young is taking a break from the band due to ill health,” a statement read. “Malcolm would like to thank the group’s diehard legions of fans worldwide for their never-ending love and support. In light of this news, AC/DC asks that Malcolm and his family’s privacy be respected during this time. The band will continue to make music.” 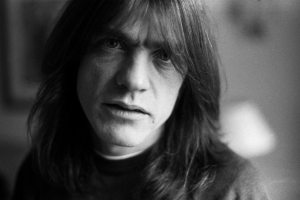 After days of rumour and wild speculation, AC/DC have confirmed that founding member and guitarist Malcolm Young is to take a break from the band.

An official statement was posted on AC/DC’s official Facebook Page:

“After forty years of life dedicated to AC/DC, guitarist and founding member Malcolm Young is taking a break from the band due to ill health. Malcolm would like to thank the group’s diehard legions of fans worldwide for their never-ending love and support.

In light of this news, AC/DC asks that Malcolm and his family’s privacy be respected during this time. The band will continue to make music.”