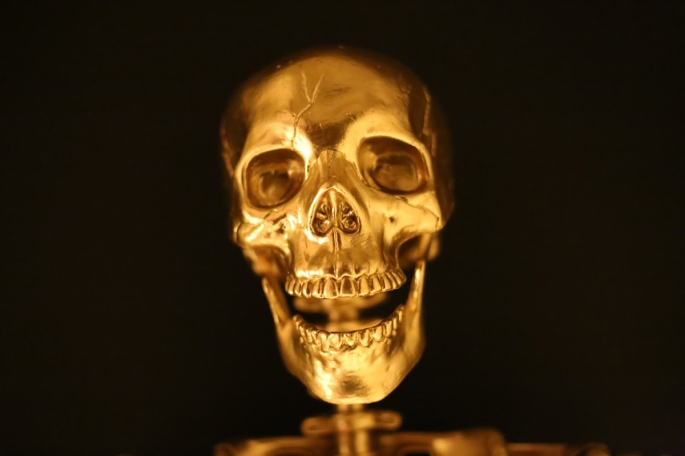 It was like that scene at the beginning of Back To The Future. You know the one. Where an unsuspecting Marty McFly turns Doc Brown’s experimental new amp up to 11 before striking a chord with… spectacular results.

There I was, wading through a never-ending stream of generic, beige promotional e-mail, tossing aside the mountain of wheat and chaff, searching for that spectacular sound that would wake me from my digital communication slumber, smacking me up the side of the head with its incendiary energy.

“New band,” the e-mail said. “Tony Hajjar,” it winked with a sly smile. “At The Drive In/Sparta,” it boasted, one hand on hip and the other reaching slowly for the volume control…

So BOOM! Come and meet New Language, the uncompromising new LA-based outfit featuring Tyler Demorest (guitar/vocals), Matt Cohen (bassist) and Tony Hajjar (drums/producer – At The Drive In/Sparta), and check out “Wake Up”, the explosive opening salvo from the band’s forthcoming debut album, below.

The result of recording sessions that are described as “direct, focused, and effective”, “Wake Up” is the first song released by New Language, and the first song written together by the band. It’s “…a call to action, a plea to snap out of the current haze of cultural monotony we’ve all come to expect and many have come to embrace.”

Oh, and by the way, the skeleton’s name is Richard.

New Language will make their live debut at Hollywood’s The Dragonfly on the 27th of April, supporting Metal/Rock supergroup Gone Is Gone, whose ranks include members of Queens of the Stone Age, Mastodon and At The Drive In, including Hajjar. Tickets are on sale from Friday the 15th of April.

Excited doesn’t quite cover it. More news and music when we have it. 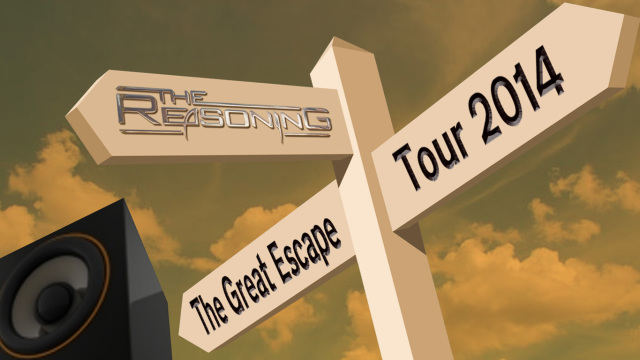 UK prog rockers The Reasoning have postponed the release of their new album.

Announcing the delay of their fifth LP until 2015, the band indicated that they were doing so in order to take advantage of recording and production opportunities that had come their way.

The Reasoning’s autumn dates around the UK, titled The Great Escape Tour, will be going ahead however, with performances of the band’s debut album, Awakening, in its entirety.

Said bassist Matt Cohen: “After the whirlwind experiences of the past couple of years, we’re going to take some extra time to really develop and embellish this new piece of work, and craft it to its very richest potential.

“This is going to be a big financial investment for us – outsourcing the recording of drums and, for the first time, vocals, to some big studios. We’re also in talks with several mix engineers, both here and on the other side of the Atlantic.”

Regarding the tour, Cohen said: “”The shows will feature Awakening in its entirety and will also showcase some brand new material.”

The delay of the new album means that it’s release will coincide with the band’s 10th anniversary.

The Reasoning will play: