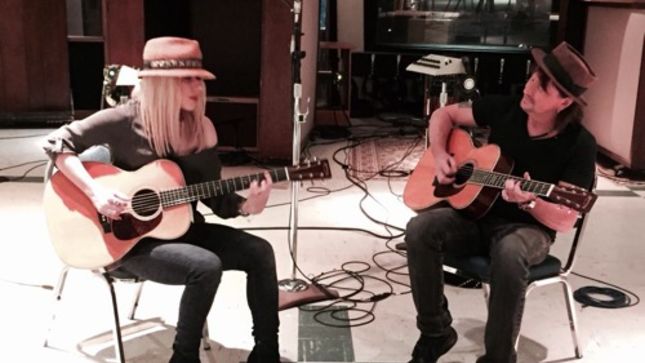 It will hardly be a surprise to those who have been following Richie Sambora’s work since parting ways with Bon Jovi, but it seems to have finally been confirmed that he is recording a new album with former Alice Cooper guitarist Orianthi.

Photos posted on the official Facebook pages of both artists show the pair in the studio, the picture on Orianthi’s page captioned simply: “Recording new album.”

Sambora and Orianthi toured together through Europe in summer last year and Orianthi confirmed then, in interview with NI Rocks, that the two had written about 30 songs together.

You can read Orianthi’s interview with NI Rocks here.

More news about the album as and when we have it! In the meantime you can check out Sambora and Orianthi performing an acoustic version of Bon Jovi’s “Livin On A Prayer” for TeamRock below: 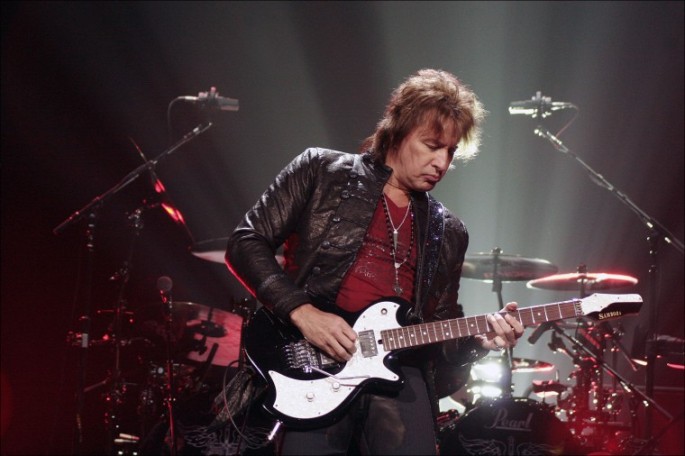 Richie Sambora has been speaking out in a radio interview following his departure from Bon Jovi last year.

Speaking to Rock Radio NI ahead of a solo European tour, Sambora explained that he felt a lack of freedom to express himself musically as part of Bon Jovi.

“There’s freedom there, obviously,” the guitarist said. “That’s one of the main things I was missing in music over the past years – and also in Bon Jovi, actually. There wasn’t enough room to improvise, to have that moment where you can actually lose yourself musically.”

He also revealed that he is working on a new solo project with his touring guitarist, Orianthi. “What I’ve done is assemble an amazing group of musicians. I asked the guys in my band to express themselves and bring all the input they can. The process of songwriting is easier than it’s been in a long time… The songs are just coming out of me right now – I just keep writing and writing,” he says. “I always felt there was some kind of nobility centred in my desire and passion for what I do. I still have that, I think I have it even more now.”

There was a flurry of drama last year after Sambora pulled out of a leg of Bon Jovi’s world tour just hours before it was due to begin. A series of claims and counter-claims emerged from both the Sambora and Bon Jovi camps, but the guitarist has always claimed that he will rejoin the band in the future.

Meanwhile Sambora released a new song, “Lighthouse”, last month to benefit a planned New Jersey drug rehabilitation centre. Speaking of his own addictions Sambora said: “I got firsthand experience. I never did heroin, but obviously I did other stuff. We can’t be scared silent. Together we can make a difference because this epidemic has to stop.”

“I wanted to do something optimistic, a beacon of light and hope. Everyone needs that light when they’re far off the shore.”