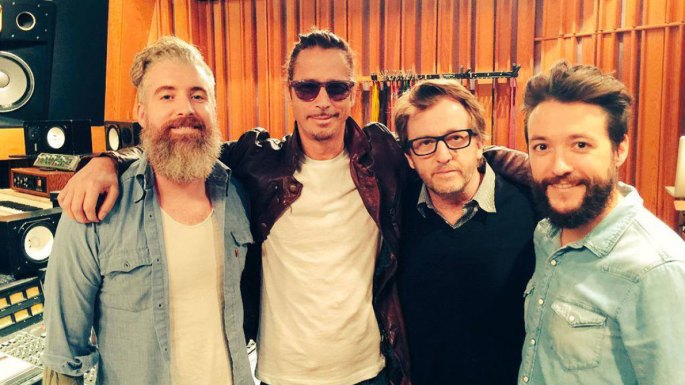 Cornell posted a picture from the recording studio on his Facebook page along with a short message thanking his collaborators.

“Last day of recording solo album. Thanks Brendan, Tom and Kyle. We made the magic happen,” it read.

Cornell’s last solo LP was 2011’s Songbook. He is due to return to the studio later this year to get underway recording Soundgarden’s new album, the follow up to 2012’s King Animal.

Soundgarden released their Echo of Miles: Scattered Tracks Across the Path box set earlier this year, a collection of b-sides, rarities and alternative cuts. 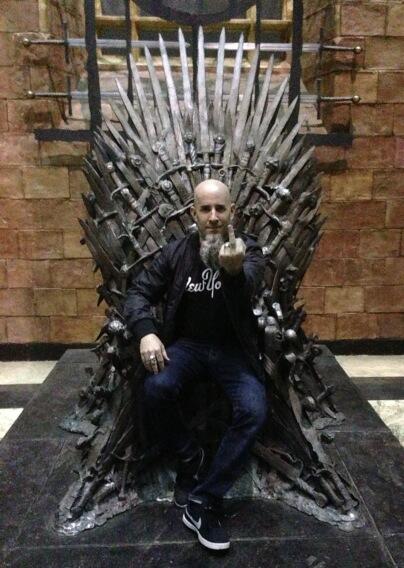 Scott Ian, guitarist with thrash metal legends Anthrax, has revealed that they are planning on recording drums for the band’s new album on the Belfast throne room set of the hit TV show.

Speaking to the Metal Hammer Magazine Show on Team Rock Radio, Ian explained: “I asked Dan Weiss ‘Hey man, what would be the possibility of us recording the drums for the next album in the throne room?’ Like we bring a mobile studio and set up the drums, mic everything and record in here. He says ‘Oh my God that would be the sickest thing ever. We know the guys that can make that possible.’

“All of you out there who watch Game Of Thrones, much like me, probably think it is a very metal TV show. And just know, the reason for that is that one of the creators of it is a huge metalhead.”

Ian has previously indicated that Anthrax will release a new album in 2015.

You can hear the entire interview with the Anthrax axeman on this week’s Metal Hammer Magazine Show at 9pm, on TeamRock Radio starting at 9pm BST. 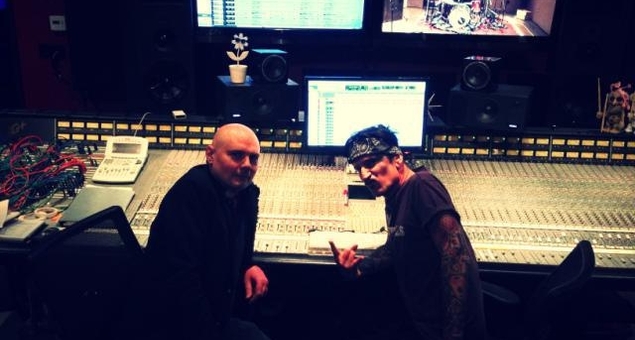 Tommy Lee, currently filling the studio drum spot during recording sessions for the new Smashing Pumpkins album, has said that the new material is like the Pumpkins’ earliest records.

The Mötley Crüe drummer plays on nine songs from the Smashing Pumpkins’ forthcoming new album Monuments To An Elegy, and speaking to Billboard about the record, told fans to expect “epic, goose-bump songs.”

“I think he has probably the best record he’s ever written,” Lee says of front man Billy Corgan’s new material. “These are like epic, goose-bump songs. It sounds like the first couple of Smashing Pumpkins records. I was fucking blown away.”

Last week Corgan announced that he has nearly finished recording one of two new albums that the band will release in 2015. The first, which he says is nearly completed, will be Monuments To An Elegy. The second is likely to be called Day For Night and the band hope to precede both LPs with a new single this year.

Corgan also shared a tentative track listing for Monuments… that is as follows: