Ryan Adams is to release a new album Ten Songs From Live At Carnegie Hall on the 8th of June.

The collection is a more compact version of the musician’s limited edition 42-track Live At Carnegie Hall vinyl set that he released earlier this year.

The new album will be released via PAX AM/Columbia on 140gm vinyl with download code and will also be available as a single CD edition.

Ten Songs… will feature two new tracks, “This Is Where We Meet In My Mind” and “How Much Light”, alongside established favourites such as “New York, New York” and “Sylvia Plath”.

The full track list for Ten Songs From Live At Carnegie Hall is:

Prolific singer and songwriter Ryan Adams has released a video for his new song “My Wrecking Ball.” 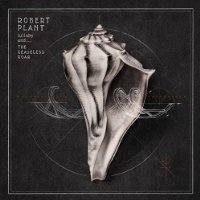 You can buy the above – and many more! – at the Skin Back Alley Music Store!

Ryan Adams has revealed details of his new album.

Titled simply Ryan Adams, the LP will be released on the 8th of September via Adams’ own Pax-Am label and was produced by Adams himself.

You can listen to the lead single “Gimme Something Good” via Spotify below:

The full tracklisting for Ryan Adams is as follows:

Adams has also confirmed a series of US live dates:

Ryan Adams has released details of a new single, “Gimme Something Good.”

Despite the gap since his last solo album, Adams has been busy nevertheless, largely working with other artists on their own albums. Last year the singer-songwriter worked with Fall Out Boy on their hardcore album, Pax Am Days. The eight track album was originally released as a digital download, and was then made available as part of a limited edition re-release of the band’s Save Rock and Roll LP.

More recently, Adams has been working with Jenny Lewis, co-producing her new solo album, The Voyager, alongside Beck and Jonathan Rice. The album will be released in the UK on the 28th of July.