Saxon are gearing up to record their 21st studio album from next week.

Speaking to Rockposer’s Roulette, mainman Biff Byford said: “I did this Scintilla Project with some friends. That came out last week. So I’ve been pretty busy and the band have been having a bit of a break.”

“We’re starting again after the last festival – we’ll start kicking in and finish the songs.”

Speaking about the input of his bandmates, Byford says that they have had as much input in to the songs as they want: “They don’t really write lyrics and come up with melodies. But usually we have separate ideas and we put them forward. Some have more than others – that’s how it goes.”

“But we don’t really have arguing. Usually I’m producing with somebody, or on my own, so I’ll get the choice of what goes on the album.”

Saxon’s last studio album, Sacrifice, was released in March of 2013, and followed up with Unplugged and Strung Up, a collection of their classic material reworked in acoustic and orchestral arrangements.

The group are set to embark upon a UK tour in November, with a list of confirmed dates as follows:

New and notable releases in music this week, 17th March 2014: 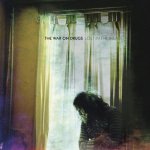 Lost In The Dream, The War On Drugs

All the above – and many more – are available via the Skin Back Alley music store.