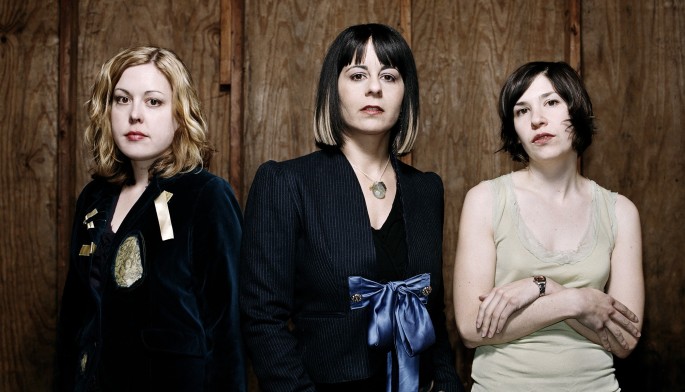 Sleater-Kinney have revealed that they are to release a new album in January.

The announcement comes after a mystery 7″ record was found by a US fan in their copy of the band’s new retrospective box set, Start Together. The fan, who received his boxset early, discovered the additional seven-inch which is marked with “1/20/2015” (January 20, 2015) on the label.

Titled No Cities To Love, the album will be released on the 19th of January in the UK.

Says Sleater-Kinney member Carrie Brownstein of the news: “We sound possessed on these songs, willing it all – the entire weight of the band and what it means to us – back into existence.”

The tracklist for No Cities To Love is: 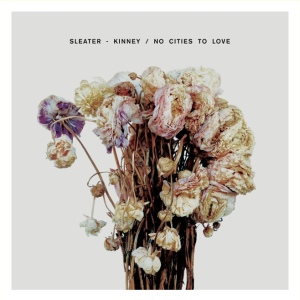 The band will also be heading to the UK for a select series of live shows. Confirmed dates are as follows:

You can listen to new track, “Bury Our Friends”, below:

Sleater-Kinney are to release a retrospective box set featuring all seven of their albums.

Start Together will drop on the 20th October through Sub Pop Records. The set will be limited to 3,000 copies and will contain remastered versions of all seven of the band’s albums on coloured vinyl, as well as a hardback book featuring never-before-seen images of the band.

The remastered albums will also be released as individual CD and black vinyl editions on the same day, with digital versions available now.

Sleater-Kinney released seven albums starting in 1995. Their self-titled debut album was followed by Call The Doctor, Dig Me Out, The Hot Rock, All Hands On The Bad One and One Beat. The band’s most recent album, The Woods, was released in 2005.

Members of R.E.M., Sleater-Kinney and Nirvana are recording new material together it has been revealed.

Peter Buck, Corin Tucker and Krist Novoselic were revealed to be working together in the group Super-Earth via a tweet from American filmmaker Lance Bangs.

Tucker and Buck had previously announced that they had formed Super-Earth and were writing material with guitarist Scott McCaughey (Minus 5), drummer Bill Rieflin (Swans, Ministry) and guitarist Kurt Bloch. The group made their live debut on the 30th of April in Portland.

The gig at the Secret Society Ballroom saw the band performing twelve new songs of “soon-to-be-album-sized new compositions”. There is no current news as to when, or if, the band will release an album, or if Novoselic will perform live with them in the future.

Buck and Tucker have collaborated in the past, with Tucker providing backing vocals on Buck’s self-titled 2012 solo album. Similarly, Buck was on stage when Sleater-Kinney reunited for a live performance in late 2013.