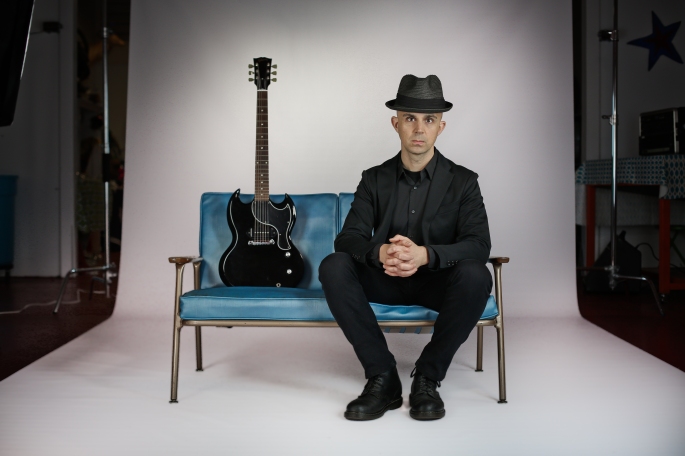 The track is lifted from Chopek’s new full length, Things Moving On Their Own Together, scheduled for release on the 29th of September.

The album marks a milestone for Chopek in what has been a very busy 2015 that will see the singer, songwriter and multi-instrumentalist play a series of live shows this Fall in support of the LP.

“With these songs, I didn’t premeditate the finished products at all,” he says. “This was a very different experience from the making of my other record, See Through. That album was recorded exactly as I had written it. This time around, none of the songs were done until they were finished being recorded. I knew that I wasn’t going to complete everything at once, so I surrendered to the process.”

Stephen allowed himself to be more spontaneous and open to the creative process, willing to experiment and let the songs suggest where they wanted to go. “I played all the instruments, so I had the freedom to explore ideas as soon as they presented themselves,” he says. “I’d run to the guitar and try something out, then back to the drums to experiment with a different feel, then over to the microphone to change some words or a vocal phrasing. The process was very energetic and liberating.”

Combining songs from recent EPs Things Moving and On Their Own, the full collection of Things Moving On Their Own Together brims with a punchy vitality, motorik grooves intertwining with stop-start staccato vocal lines to build a hypnotic and engaging set. Punk, folk and indie rock credentials come together with a healthy dose of melody to create a whole that is exponentially more than the sum of its parts.

Check out new single, “Nothing Happens”, below for proof:

The full track list for Things Moving On Their Own Together is: 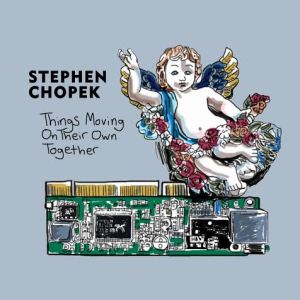 The album is scheduled for release on the 29th of September and you can pre-order it here. Check out Chopek’s self-directed video for album track “Staying” below:

Connect with Stephen Chopek at:

“Staying is the hardest part…” intones Stephen Chopek on his new single “Staying”, a power-pop inflected gem lifted from his latest EP release On Their Own.

And yet the Memphis-based musician’s work has very real staying power, drawing on punk, pop and folk influences to create a thoughtful three-minute fix of heartfelt, restless melancholy.

On Their Own, Chopek’s second EP release of 2015, recorded by Chip Johnson at Alpine Red with mixing and mastering by Mikhail Pivovarov, combines with the earlier collection Things Moving to make up full length album Things Moving On Their Own Together. The two works cohere into a delightful whole, and you can read Skin Back Alley’s review of Things Moving here.

Drawing on his work as a visual artist, Chopek has now released a self-directed official video for “Staying” that you can watch below. Chopek recently told The Memphis Flyer of the shoot: “A few places in Midtown caught my eye that I thought would work well for a music video. My goal was to capture moments as they presented themselves in order to express the spontaneity of exploration. I collected a lot of footage without knowing which song I would would be using it for. When I decided that ‘Staying’ was going to be the single, everything fell into place. The video serves as both a visual accompaniment to music, and a love letter to my new home.”

Be sure to check it out and let us know what you think. 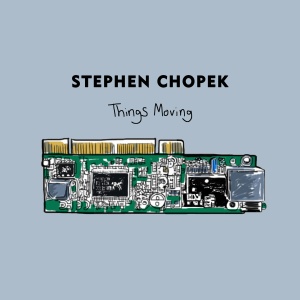 “A skillfully crafted tapestry of punk, pop, folk and roots… that points to very bright things for Chopek’s future.”

Sometimes music takes a while to share its magic with you. Sometimes the reaction is more immediate. Stephen Chopek’s new EP, Things Moving, somehow manages to fall in to both camps at once.

In a similar fashion, the recording of the EP (along with its follow up EP On Their Own and album Things Moving On Their Own Together) came together over an extended period of five months, in stark contrast to the singer and songwriter’s debut album, See Through, recorded in a concentrated burst over just five days.

Hell, I guess art – and life – just wants what it wants.

The opening salvo in a planned triumvirate of releases in 2015 then, the Jersey City born Chopek’s first EP sets out the artist’s stall in fine style. Recorded in downtime between session gigs, tour dates and a relocation from Jersey to Memphis, Things Moving’s pleasures are many and varied.

At first listen, the songs here sound relatively simple. There is a punchy vitality that grabs the head hard and focuses it on a guitar lick here or a pulsing rhythm there. “Systematic Collapse” is a case in point, as a motorik groove intertwines with a stop-start staccato vocal line to build a hypnotic and engaging track that is the very definition of “more than the sum of its parts.” For all its apparent simplicity, it becomes clear that there is a musical depth being mined by Chopek that is soon revealed.

“Love Is A Negotiation” moves away from the punkish stylings of “…Collapse” and in to more rootsy, folk-inflected territory. The song has a warmth and weft that contrasts beautifully with some of the more angular material on offer, but listen closely and there is a dynamic complexity that rewards repeated listens.

Indeed, whilst some have expressed surprise that Things Moving was written and recorded by a musician trained as a drummer and percussionist, it seems very much to these ears that Chopek’s music has an inbuilt percussive quality, with rhythm, timbre and texture very much to the fore across the EP’s running time.

But that isn’t to say that Chopek doesn’t have an ear for melody. Some of the chord progressions across the likes of opening track “Hurry” or the sublime “Only Here” are both bracing and beautiful. Indeed, as Chopek himself says of the work: “I played all the instruments, so I had the freedom to explore ideas as soon as they presented themselves… I started to hear music from a non-drummer’s perspective, spending time listening to songs with no drums – lots of Billy Bragg and Nick Drake. I became interested in beautiful songs for what they were, not just for the parts that they were made of.”

Either way, Things Moving is very far indeed from the aforementioned systematic collapse. Rather it is a sure-footed rock n’ roll foundation that points to very bright things for Chopek’s future releases. A skillfully crafted tapestry of punk, pop, folk and roots, it’ll be a delight to see where the musician’s muse takes him next.

“Better to leave than be left with no clue, the rumor is true. Many are called, but the chosen are few,” sings Chopek on “Love Is A Negotation.” Well quite. From here it seems that Chopek has indeed been chosen. You could do very much worse than take a listen for yourself and find out why.

Find out more at Stephen Chopek’s Facebook page and watch the video for song “Systematic Collapse” below.