Speaking to Team Rock Radio’s Metal Hammer Magazine Show, bass player Joel Graham said the band opted from someone local, as well as very talented: “We had to step back and ask what do we do from this point. We thought it would be a shame to stop it right now. We had to find the right guy, that’s taken time. I appreciate people have been waiting for news but we’ve got to spend time with this guy, get on with him, travel with him and he’s got big shoes to fill.

“We’re still good friends with Ol, we can’t not be, he’s Matt’s brother. He made his decision and we respect that. We kind of realised that the last four years have been manic for us and we decided to take some time off. Then we put it out there if anyone wants to send in an audition tape. Being a northern band we wanted someone on our doorstep.”

New guitarist Piers said of his joining the band: “We’ve had passing chats and had been talking for a while. But I got in touch when Ol left and it went from there. It was time to get on to something else and expand out and Evile was the perfect opportunity. I’m massively grateful to these guys for letting me come on board. I’m learning all the tracks. Ol’s a fantastic guitar player so it’s not easy trying to work out his solos. We’ve got something in the pipeline for March.”

For an example of just the kind of guitar work that Donno-Fuller is going to have to figure out, check out the video for Evile’s track, “Thrasher”, below: 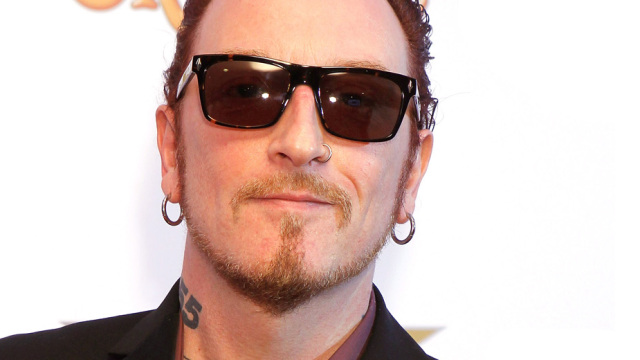 The Wildhearts mainman Ginger has been speaking to Team Rock Radio at this weekend’s Download festival.

Ahead of two appearances at the Castle Donnington metal fest, Ginger declared that Motorhead’s Lemmy was his icon, and that he’s only still alive because Lemmy is too.

“I’ll never get used to Lemmy saying hello before I do. That’s the best thing of being the part of this little fraternity of ours,” he said. “And the fact that I’m still alive – that was never part of the deal. I was going to go around 25 or 30; I’m 49 fucking years old.”

“How did that happen? Because Lemmy is my icon, and he did it. If my icon was someone like Sid Vicious or Johnny Thunders I’d already be dead. But my icon is better than your icon. Lemmy’s a good icon to have – he’s indestructible.”

Something of a rock n’ roll icon himself these days, Ginger also admitted that he’s still surprised when he meets his music heroes and they know who he is: “I had a tweet from Dee Snider mentioning me. He said, ‘I’m going to be backstage getting ready to go on, but I’ll be singing every word of My Baby Is A Headfuck.’ I was thinking, ‘Wow, that’s another part of my bedroom wall come to life – referencing a song I’ve written.”

“I walked by the guys in Status Quo and they said hello; I didn’t have to introduce myself. I’m still surprised that anyone knows or gives a fuck who I am.”

You can listen to Ginger’s interview with Team Rock Radio below: