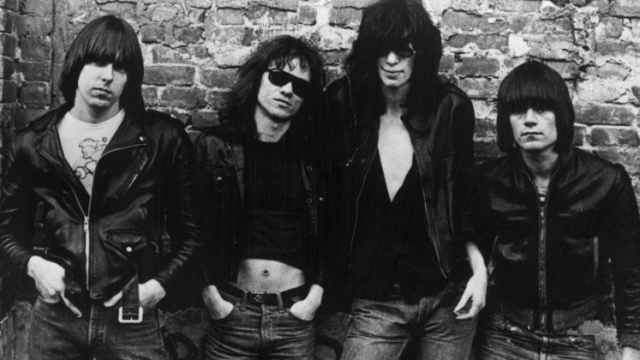 Legendary Oscar winning filmmaker Martin Scorsese is set to direct a film about the Ramones.

Little more has been revealed about the project, other than it is expected to launch in 2016 – the 40th anniversary of the Ramones formation.

The last remaining original member of the group, Tommy Ramone, died earlier this year after losing his battle with cancer.

Jeff Jampol, Co-manager of the group’s estate, says a variety of projects are in the works to commemorate the band’s anniversary, including a documentary and book.

He tells Billboard: “We’re looking at a documentary on the Ramones – we just secured a tonne of footage, much of which has never been seen before.”

“You’ll see a book coming – a story of the band’s formation and those first few records and the craziness that happened. It’ll be a combination of prose, photographs, memorabilia and posters, just kind of documenting the scene.”

Jampol continues: “You’re gonna see some really interesting combinations of music, new music, remastered music and apparel. As far as apparel goes, authenticity is the foundation of everything. And luckily, when you have a genius artist like the Ramones, you don’t have to spin it.”

The last surviving member of the original Ramones lineup, Tommy Ramone died from cancer at the age of 65.

Blythe hailed him as “helping to create the music that changed and saved my life.”

Writing a statement via his Instagram account, Blythe continued: “The importance of the Ramones in the history of underground music cannot be overstated — before the Sex Pistols, The Clash, Black Flag and way before any speed/thrash metal band, The Ramones were blowing minds with loud, fast, aggressive music.

“Although to the calloused ears of modern youth who have grown up listening to crust punk/grind core/speed and thrash metal/and even some of the more aggressive music on commercial radio, The Ramones might sound like fast pop, at the time they started playing out in New York City at CBGB/Max’s Kansas City (1974), they were something that had never ever been seen or heard before.

“The first time my band played CBGB, I was completely emotionally overwhelmed. ‘Man, the feeaking Ramones started out here!’ I thought as I stood on stage. I almost started crying. Without that band, the tempo of underground music would have never reached the speed that it has today. “No Ramones = no Lamb Of God, or any of the other music most fans of my band listen to.