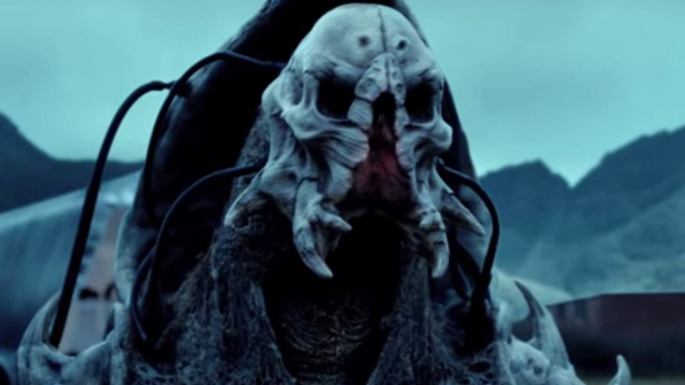 The BBC have released a behind-the-scenes clip of Slipknot’s Corey Taylor on the set of Doctor Who.

Taylor was invited by the BBC to record vocals for the Fisher King, a character who appears in the current series of the long-running sci-fi show.

A self-confessed Doctor Who fan, Taylor reveals that being a part of the Who-niverse was a dream come true, also sharing that his favourite Doctor was that played by Tom Baker.

“I’ve been a fan since I can remember. I’ve passed that on to my son. Now we have that in common, so it’s a pretty good feeling,” says the Slipknot vocalist.

“I got to be a total fanboy for a good amount of the day. I got to see the Tardis and all kinds of other stuff behind the scenes. And then being able to flick all the buttons, it was just so rad.

“To be able to see everything that goes on in that ship, the way I’ve always imagined it as a fan is just ridiculous.”

Taylor adds of his vocal performance on the show: “I’ve been doing some vocal stuff for the Fisher King, basically a harsh scream that I incorporate with Slipknot. We’ve been recording different tones and different levels of it to incorporate into the Fisher King’s guttural roar.

“They’ll probably use that and blend it with a few other things to make it completely inhuman and dark. You may think that’s not a compliment, but I kind of love that.”

Slipknot continue to tour in support of their most recent album, 5.The Gray Chapter, and will return to the UK for a series of live shows next February.

You can watch the BBC’s Doctor Who behind-the-scenes clip below: 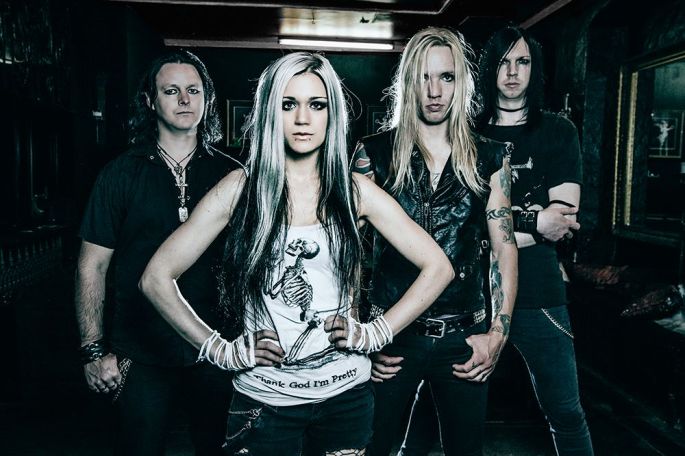 Danish metal band Forever Still have released a video for their new single “Awake The Fire.”

The track is lifted from the group’s most recent EP, Save Me, the latest in a trilogy of EPs that will be brought together later this year as one package to make up the band’s debut album.

Forever Still vocalist Maja Schønning explains: “The story of the album is about a suppressed individual struggling through depression, anxiety, and worthlessness fighting to get well and getting stronger in the process. The songs are all very raw, emotional and somewhat imperfect, because we wanted it to sound like someone falling apart and trying to put the pieces back together.”

Both Save Me and earlier EP Scars are available now via the band’s official website on a “pay what you want” basis.

Adds Schønning: “We believe that music should be available to everyone – both those who are broke, and those who have a little extra to spare in support of the artists they love. We’ve put a lot of time and effort into this song, so if people want to give us some help for the time and effort, we are very grateful! But if they don’t have the money right now, they can take it, share it and if they love it, come back and kick in later.”

Check out the video for “Awake The Fire” via the stream below: 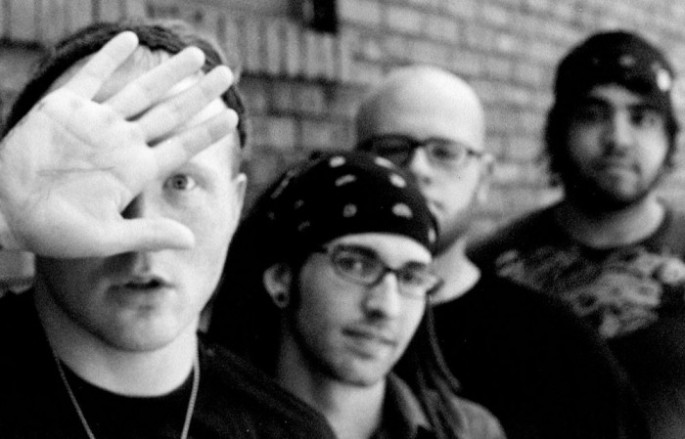 King 810 have released a video for their track “Eyes (Sleep It All Away).”

The song is taken from the band’s 2014 debut album Memoirs Of A Murderer and was directed by John ‘Quig’ Quigley of Chrome Bumper Films.

King 810 frontman David Gunn tells Loudwire of the track: “Eyes is probably my favourite song from the record. Even after it was finished and the record was released I didn’t have the feeling that the song was done.

“It wasn’t until this video was finished and the visual was paired with the audio that I felt it was a completely done and was satisfied with it.”

The Michigan metallers recently had to cancel their planned European tour and Download festival appearance owing to some “unforeseen shit at home.”

Back in May they released new track “Revenge” featuring Detroit rapper Trick Trick.

Check out the video for “Eyes (Sleep It All Away)” below: 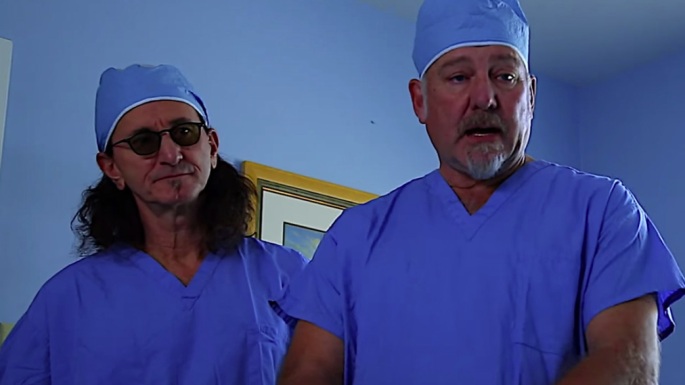 Future User, the new project featuring former Rage Against The Machine bassist Tim Commerford, have unveiled a video for their track “Voodoo Juju.”

Be warned, the video is not for the feint of heart, as it was filmed during real-life emergency back surgery that Commerford required earlier this year.

“I got the idea for the video after I ruptured a disc in my back and needed emergency surgery,” Commerford says in a statement. “As someone who often goes under the knife, I’ve always been a bit overwhelmed by the process, paperwork, approvals and costs. Luckily, I have insurance, but it got me thinking about all the people in this country who can’t afford medical treatment. I read an article recently that said there are over 40 million uninsured people living in the States, which is insane.”

The bassist continues: “I talked my doctor into letting me shoot the surgery, then explained the concept to Tom, who was totally into the idea. And of course, you can’t talk about universal health care without bringing Canada into the conversation, so I called Geddy and Alex and asked if they’d be part of it and was blown away when they said yes. And all that footage of my back being opened up is real, no joke.”

Check out the video for “Voodoo Juju” below and be sure to let us know what you think! 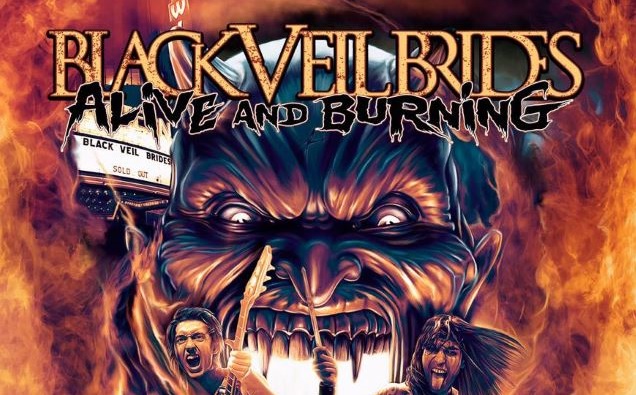 The video is part of Black Veil Brides’ new live DVD Alive And Burning which captures the whole of the band’s sold-out hometown show from their 2014 Black Mass Tour.

The DVD was directed by Casey Tebo, known for his work on Aerosmith documentary Rock For The Rising Sun. The cover artwork for the set was designed by the band’s longtime friend and previous album cover illustrator Richard Villa.

In a recent interview with the Full Metal Jackie radio show, BVB frontman Andy Biersack explained why the band had waited until now to release their first ever live concert film: “I think, for us, being the band that always had the aspirations and dreams to be the kind of band that could put on a big theatrical stage show, it’s taken a long time in our career. And, naturally, it takes a while for any band to get to the point where they can have that big stage show.”

He continued: “When you’re a young kid and go to a concert and see a big pyrotechnics or video screens, the reality behind how long that may take to get to that point both where it’s financially viable but also makes sense for you on a scalable ability to be able to tour with it, you don’t really think about that. We now are at a point, thankfully, that we can do a much more impressive and visual show and we felt that it was time to capture that with the DVD.”

Check out Black Veil Brides’ LA performance of “Faithless” below: 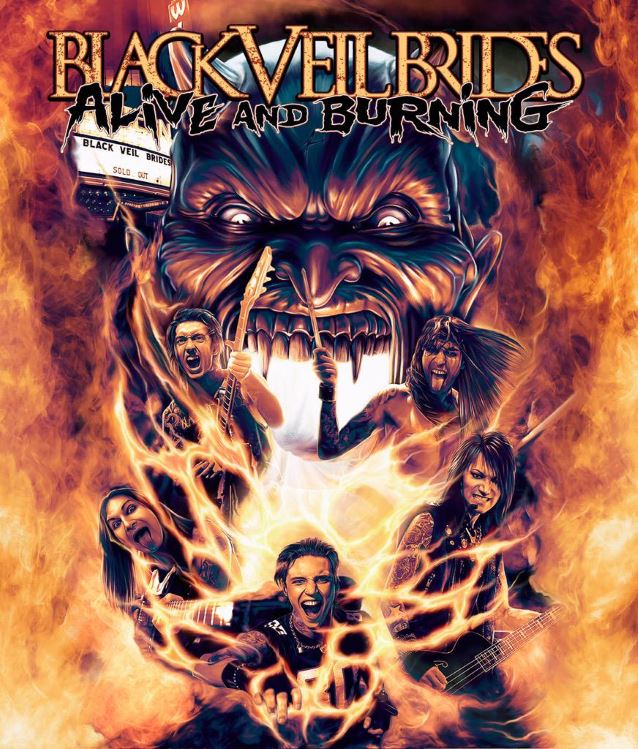