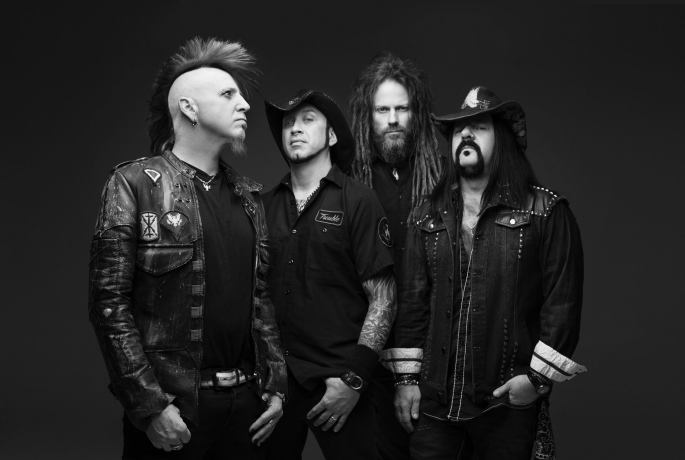 HellYeah, the supergroup formed from members of Pantera, Nothingface and Mudvayne are streaming their new album, Blood For Blood, in full online. You can check out each and every track below!

Blood For Blood is due for commercial release on the 9th of June. Let us know what you think of it!

HellYeah are scheduled to play the following dates in the UK this summer:

Vinnie Paul, drummer with HellYeah, has spoken out about the sacking of bass player Bob Zilla and guitarist Gregg Tribbett.

He blames a lack of drive for their expulsion, saying that they didn’t have the same ambition as the rest of the band as they prepared to record their fourth LP.

Speaking on syndicated US radio show Loudwire Nights, Paul commented: “We obviously had history together with Bob and Greg. When we got around to getting ready to go into the studio for this record we realised that they didn’t have the same focus, they didn’t have the same drive that we did. We weren’t going to be able to make the record we did if they were still a part of it. It’s kind of sad to say goodbye sometimes but sometimes to move forward you have to, and that’s what we did.”

The former Pantera musician went on to describe replacement bass player Kyle Sanders as the “perfect fit” and hinted that current touring guitarist Christian Brady could become a permanent member of the band.

“It’s very exciting. We do have two guitarists, we have a touring guitarist out with us Chris B. If things continue to go the way they are, he’ll be a permanent guitarist. Kyle Sanders is just a perfect fit. He toured with us when he was in Bloodsimple and Monstro and we really didn’t want to go through an audition process seeing if we could find the next Billy Sheehan.”

“We just felt like we needed a guy to fit right in with us. When we called Kyle, before we could even ask if he wanted it, he says I’m the guy. So that’s all we needed to hear. He fits in great, man. He’s a great visual player as well, in addition to a powerful bass player.”

HellYeah’s fourth LP, Blood For Blood, is scheduled for release on the 9th of June.