YouTube is expected to start removing music videos by independent artists within days.

The move comes following a dispute over proposed royalty payments to independent record labels and their artists.

YouTube – owned by Google – has finally revealed, after months of speculation, that it will be launching a subscription based music streaming service in the coming months. Robert Kyncl, YouTube’s head of content and business operations, claims that “90% of the music industry” has signed up to the new service, but that a group of influential independent labels are contesting what they have branded an “idefensible” deal.

As a result, Kyncl has estimated that videos by artists signed to labels including XL Recordings (Adele, Jack White) and Domino (Arctic Monkeys, Franz Ferdinand) could disappear from YouTube “within a matter of days.”

Helen Smith, executive chair of IMPALA, a trade body representing some of the independent labels in question, has accused YouTube of “acting like a dinosaur.” She says the move has been seen as a threat to try and coerce the labels into agreeing to the deal.

However, Kyncl said YouTube’s deal is fair to all involved. “We’re paying them fairly and consistently with the industry,” he claimed. It is reported that the major labels have signed a three-year global licensing deal with YouTube, sharing an advance of around $1 billion (£588m).

YouTube’s subscription service is expected to launch in late 2014. 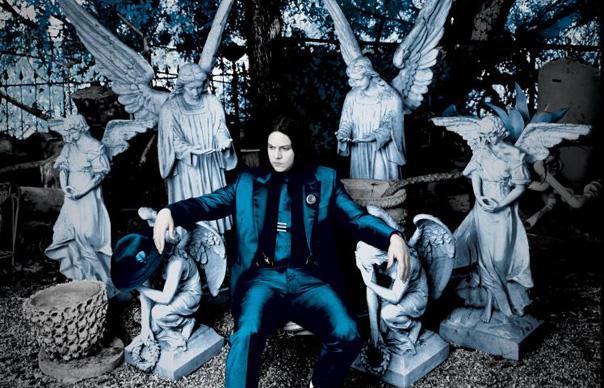 Lazaretto is due for release on the 9th of June via XL Recordings, but you can listen to the whole album now via iTunes Radio here.

A special vinyl ‘Ultra’ version of Lazaretto will also be available. The 180 gram release will feature two vinyl-only hidden tracks, which will be situated under the labels on the record, with one playing at 78 rpm and one at 45 rpm, making the release a three speed album. The mix of the album will also be different from the digital and CD release and have a different running order. In the dead wax of Side A is a hand-etched hologram of an angel by Tristan Duke of Infinity Light Science. “This is a really beautiful component to the Ultra LP,” says White.

The standard tracklisting for Lazaretto is as follows:

‘Three Women’
‘Lazaretto’
‘Temporary Ground’
‘Would You Fight For My Love?’
‘High Ball Stepper’
‘Just One Drink’
‘Alone In My Home’
‘Entitlement’
‘That Black Bat Licorice’
‘I Think I Found The Culprit’
‘Want And Able’

White will be playing a one-off show in the UK at London’s Eventim Apollo on the 5th of July.