A hologram of Michael Jackson ‘performed’ at the Billboard Music Awards last night (18th of May.)

You can watch footage from the show below.

The hologram made up part of the performance of new song, ‘Slave To The Rhythm’, which features on the singer’s posthumous album, Xscape.

The performance was supposed to be secret, but a ruling by a federal judge which rejected a lawsuit from hologram companies Hologram USA Inc and Musion Das Hologram Ltd – who made the Tupac hologram at 2012’s Coachella Festival and hoped to stop the performance – made the news of the event public prior to the awards show at the MGM Grand Garden Arena in Las Vegas.

Xscape went straight to Number One in the UK last night.

Here are this week’s new and notable music releases for week commencing 12th May 2014:

Many of the above releases are available via the Skin Back Alley Music Store.

After being introduced by CEO of Epic records, LA Reid, Usher appeared onstage to perform with a troupe of dancers alongside the song.

“Love Never Felt So Good” was written by Paul Anika and originally recorded by Jackson in 1983. The song will feature on the singer’s posthumous album XSCAPE, which will be released on the 13th of May and features eight unreleased tracks worked on by producers including Timbaland.

You can watch the performance at the iHeartRadio Music Awards below: 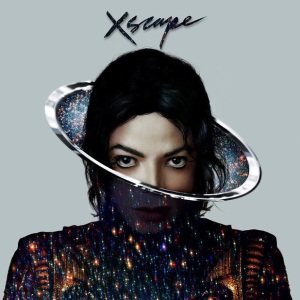 Xscape will be released on the 13th May via Epic records and is the personal project of Executive Producer, LA Reid. Reid was granted unlimited access to 40 years worth of Jackson’s vocal recordings by the Jackson estate.

Producers who are credited with ‘contemporising’ Jackson’s work include Timbaland, Rodney Jerkins, Stargate, Jerome “Jroc” Harmon, and John McClain. The Deluxe Edition of the album will also include the vocal performances in their original form.

John Branca and John McClain, co-executors of the Estate of Michael Jackson commented: “Michael was always on the cutting edge and was constantly reaching out to new producers, looking for new sounds. He was always relevant and current. These tracks, in many ways, capture that spirit. We thank LA Reid for his vision.”