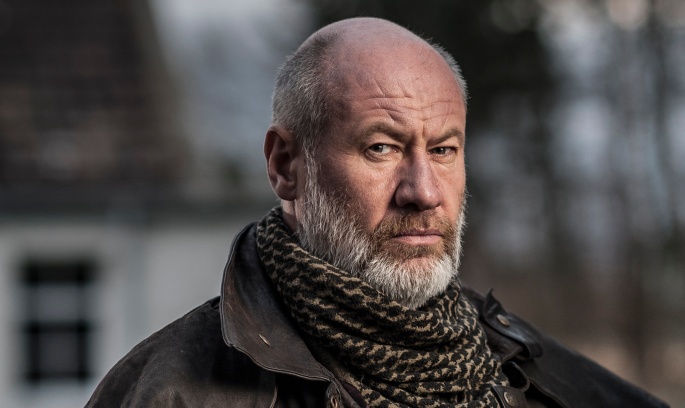 Renowned singer, musician, writer and former Marillion frontman Fish has announced that he is aiming to retire from music in 2017.

Despite planning his retirement for a number of years, the singer says that the critical acclaim surrounding his last album, 2013’s A Feast Of Consequences, has led to offers of work that he doesn’t want to turn down.

Writing via his website, Fish says: “2015 has swiveled and repositioned itself as far as cunning plans go, and that’s having a knock-on effect on the overall outro I was looking at.

“The 4 weeks of rescheduled dates in January and February have torn a chunk out of my intended schedule and after discussions and offers in the last few days I have to reconsider how the year unfolds with projects. I can’t name specific events… what I can say is that July and August will be full on as a mixture of open airs in Europe will be threaded together with a string of club shows which will hopefully have us on a bus for nearly 5 weeks leading up to the Cropredy festival on the 14th August with weekends pretty much full with shows all the way up to the second week of September.

“It would be unwise to attempt to write, record and release the Weltschmerz album in 2015 without putting unnecessary pressure on myself, and running the risks of not only missing deadlines but also being forced into compromises I don’t want to entertain on this project. It has to be special on every level.”

Fish will instead concentrate his efforts on reissues of his solo material, including the albums Sunsets On Empire, Raingods With Zippos, Fellini Days and Field Of Crows.

As the singer continues: “The first batch I would like to have available at the beginning of June. Vigil In A Wilderness Of Mirrors, Internal Exile, Suits and Songs From The Mirror will be put together at the end of the year – so that by December my entire catalogue will once again be fully available.”

Each album will be presented in a hardback case with two additional discs and a 40 page booklet.

Fish ends by reflecting: “I feel comfortable with the scheduling and I think it gives me the time to prepare for the next important steps in my life. It means I will be retiring from the music business just before my 60th birthday which I think is a pretty good time to ring the changes I want to make.

“I know there will be some of you who perhaps disagree with this ambition and many who will be disappointed at this decision but a man has to have a plan and this is mine in January of 2015 as I stare into the future which I know holds a lot of promise and new adventures.”

Skin Back Alley caught Fish’s live show at The Picturedrome, Holmfirth on the 18th December last year. You can read our review of the gig here.

One thought on “Fish targets retirement from music in 2017”