Soulfly have revealed details of their new album.

The band’s 10th studio LP, titled Archangel, will be released in standard and special edition formats.

The special edition will feature bonus tracks including a cover of Napalm Death’s “You Suffer”, and a live show recorded at last year’s Hellfest.

Says Soulfly mainman Max Cavalera of the album: “It’s a very biblical, very mystic, very exotic kind of album. This is a totally different vibe. There’s more mystic, exotic sounds, songs and lyrics. So it’s really cool. It’s really artistic, which I like about it.”

Archangel is released on the 14th of August via Nuclear Blast and Soulfly return to the UK next month for a series of live shows. Confirmed dates are as follows:

The full track list for Archangel is as follows: 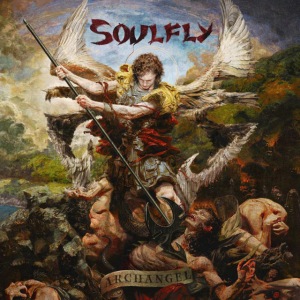